The coupon code you entered is expired or invalid, but the course is still available!


Self defense classes are full of people in great shape kicking and punching... but when was the last time you saw a pregnant woman in class or a woman with a toddler?

The answer is probably never. Self Defense classes weren't designed for parents. Until now.

In the wilderness there were no strollers, and we grew up with a deep understanding of our environment. Statistically speaking, the world is safer now than in all of human history, but you still have questions. You're a parent!

What happens when crazy or drunk mixes with mom and stroller? How are you supposed to respond? How should you address this important yet ignored personal safety issue?

How quickly can you move with your stroller?

How well can you maneuver?

How quickly can you get your child out of her stroller?

What emergency tools do you have on hand?

Do you have the right kind of stroller for your lifestyle?

Here are some ways to look at this scenario and gain a proactive mindset. What do you need to know? What can you have with you?

Worry is toxic if you let it fester. Take an hour or so and answer some burning questions and leave with the ability to answer your own persistent questions going forward. 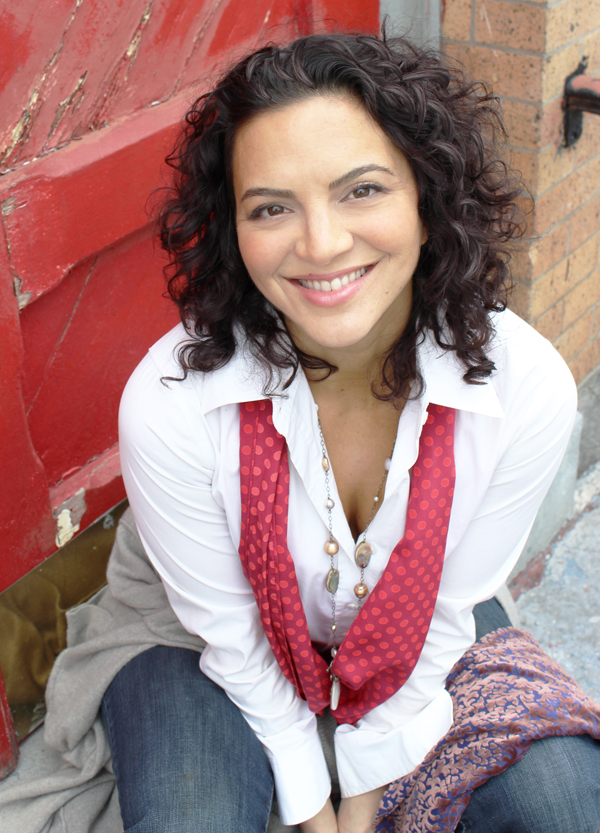 My name is Teja. I’m a 30-year veteran martial artist with a background in edged weapons, firearms and wilderness survival. I've studied martial disciplines from many cultures over the years. I have been a personal trainer and a certified Emergency Medical Technician (EMT). I am also the ADHD Mom of an ADHD son.

I've been featured in magazines like Madmoiselle and Black Belt and interviewed on Television for ESPN, Nancy Grace, Good Day New York and Veria Living. I once leaped on a melon in a grocery store for a South West Air Super Bowl commercial.

For more than five years, I managed a martial arts production company that created and performed over one hundred staged stunt performances for major events, movie premieres, pharmaceutical conferences and film festivals worldwide. I’ve been involved in many areas of martial arts from stunt performance and choreography, to high-level training with elite military personnel. I’ve engaged in a number of training exercises I don’t necessarily recommend others try and had experiences I might have been happier (though not necessarily smarter) without - facing down live darts, fighting through pepper spray, feeling the full-body jolt of a Taser, but none of it kicked my ass the way motherhood did.

After months of nausea and sleep deprivation, a third trimester hernia surgery, a blood-born strep infection and post-partum depression, I surfaced in my new role as a mom. My injury and illness made me vulnerable and caused me to rethink everything I had learned about martial arts, self-defense and fighting. When had I ever trained with a baby attached to me or while pushing a stroller? How would kicking, punching or grappling even work with a kid in the mix? What were the survival answers to those disturbing scenarios and why had they never come up in thirty years of training?

I’ve been working those particular questions for more than ten years now. My quest is to find the place where self defense meets common sense, where self and situational awareness, strategy and high-speed problem solving coincide; to create a paradigm of empowerment for women who want to revel in the chess game of life, dismantle fear, use emotions wisely, see conflict as opportunity, raise productive, resilient children who won’t become victims or criminals, and who, even if it comes to the worst, can beat innumerable odds and come out on top.

GO! (Get Offensive) is for you if you want to become the hero of your family and of your own story.

When does the course start and finish?
The course starts at designated times so your head instructor can be present to answer questions.
How long do I have access to the course?
How does lifetime access sound? After completing the course, you have unlimited access to this course for as long as you like - across any and all devices you own.
What if I am unhappy with the course?
We would never want you to be unhappy! If you are unsatisfied with your purchase, contact us in the first 30 days and we will give you a full refund.
off original price!

The coupon code you entered is expired or invalid, but the course is still available!